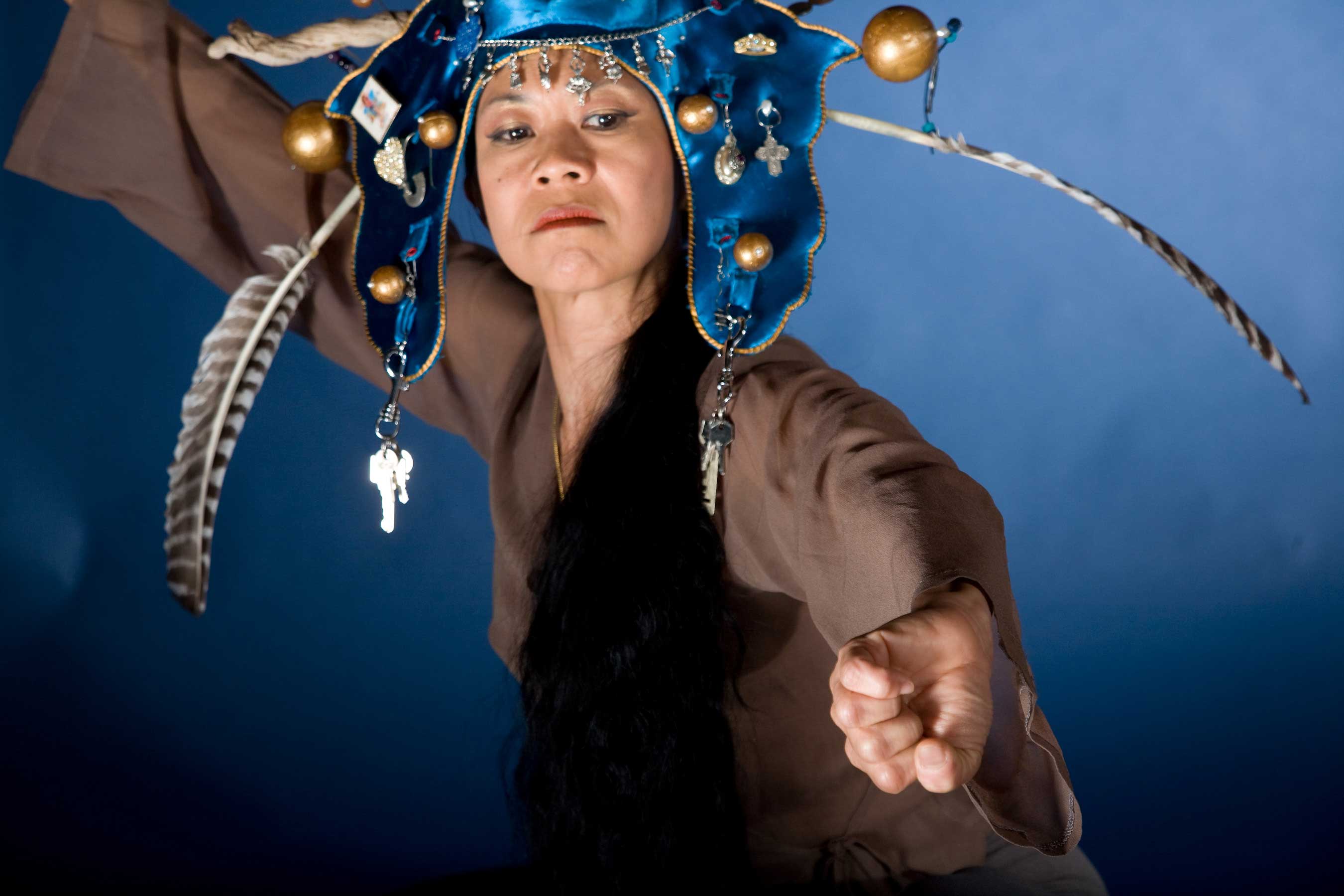 A gifted maker and performer of the solo dance, Yvonne Ng answers some questions about the art of making solos and her new solo creation.

Does your new solo have a title?

“In Search of the Holy Chop Suey”
The title is tongue in cheek. A little background explanation is probably necessary here: The first thread is that I grew up in Singapore and in the late 70’s, there was an American TV series that was “devoted to mysterious phenomena” called, “In Search of…..” The second thread is the dish Chop Suey that was created by immigrants in North America. Growing up in Asia, I thought it was some fantastic American Chinese cuisine: it turns out it’s a dish made of leftovers!! The final thread is that this new solo is a loose continuation of the solo, “Weave” I created in 2012. That solo is a tribute to my mother’s childhood and it is also autobiographical. It is influenced by her / my / anyone’s search for the mysterious “something” that claws an emptiness in their existence.

How do you come up with titles before the piece is complete?

Normally titles don’t make themselves apparent before the work is completed. This is probably one of the few times, I’ve had the title this early in the process. I’ve had this title in my head years ago but couldn’t make the piece for it.

What was the inspiration for this solo?

Stories of my parents’ childhood, the pre-war, war, post war times that they endured. How the resonance of their experiences have shaped my life and that they somehow seem oblivious to this. What comes first: music? movement? concept? is it always the same?

Oh, there’s no first and (I think) my creation process is not always the same, it depends on what the inspiration is. For this solo, it’s my parent’s compelling dialects (Hokkien and Teochew) – the musicality of it that are propelling this work.

Do you enjoy working alone?

Especially in the very early stages of creation, it’s been necessary for me to be alone. I work better on my own on the initial stages…. I probably do enjoy working alone.

How do you discipline yourself when working alone?

When I worked with Deborah Hay, I really appreciated the “advice” (a more accurate word in this context than the word “rule”) she had. The advice was to come into the studio and mean business. It has helped me, especially on working on solos. So what I do is I set up my ‘stuff’ and then I put on some music and dance myself silly – get my yah yahs out. Once I been through this cathartic ritual – I get down to work. Or at least I try very hard to stay with it. 🙂

Why is it important for you to perform your solos?

In this particular case, as it’s based on my parents and their war life, the affects on my life,I can’t imagine anyone performing it….not yet.

Is it hard not being able to stand back and see the work? Do you use video?

It’s taken a lot of work to see past judging myself when I watch videos of myself. Getting past that voice in my head that is full of criticism of “oh my god, I didn’t realise how short my legs are” or “that develope sucks, Yvonne.” Doesn’t always work. I tape a lot and watch a lot and let me tell ya; that means I also end up watching a lot of crap or at least I’m learning how to distinguish between potential substance and judgement. And more importantly, I work with Marie-Josee Chartier, my Outside Eye, and/or Johanna Bergfelt, Rehearsal Director. In the past I’ve sometimes brought in another dancer to sub in for me.

Do you keep a notebook for each work?

With each process – there are a few ways that my notes are kept – in a book, on loose sheets of paper (that I inevitably loose and madly search for), in my computer, in my video camera, in sketch books, through photos. Each process is slightly different and therefore, how they are noted varies depending on what’s seems ‘right’ for that period and work. How many solos have you made for yourself in the past? for others?

I’ve created nine official solos for myself and three solos for other dancers.

How many pieces do you have in your tpdp repetoire? in total! do you know?

I don’t know and I’m reluctant to count because then I will get mired in the process of deciding what really counts. Do I count something that I made 15 years ago and now I not really fond of? I just don’t have the time or energy to get into all that. 🙂

Do you get nervous to perform? More as time goes on or less?

In 2006 I began asking myself: when and what is a performance? This has become a complex question for me and coloured my approach to making work, performing and directing and living. I digress……so………it has always been a mixture of excitement and nervousness; so blended that I can’t tell which is the prevalent emotion/response. How much or how little depends on the work – solo or ensemble etc, circumstances, physical state, time zones….regardless, the day i don’t feel the excitement and nervousness – I may have to rethink my career!! 🙂

Here we are in rehearsal.  A beautiful space, full of light…