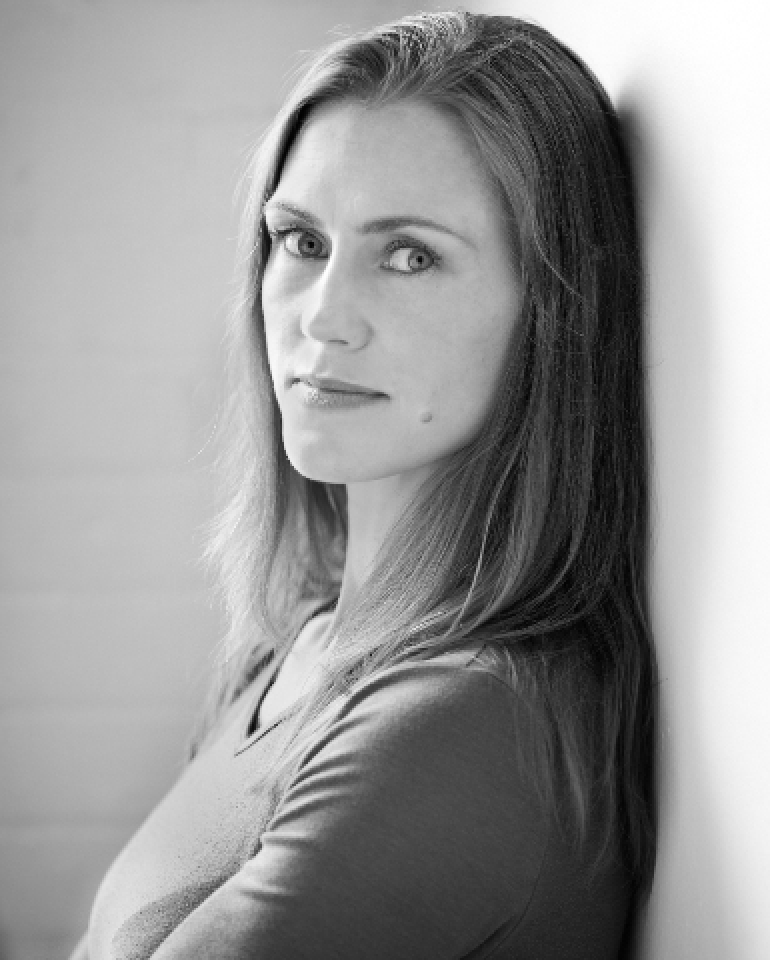 A native of Sweden, Johanna Bergfelt graduated from The Royal Swedish Ballet School in 1989. She has an extensive performance background beginning with Östgötabaletten, where she worked for six years, and later joined Norrdans, and the Barents Dance Ensemble.  Since coming to Canada in 2000, Johanna has worked with The Chimera Project, Kaeja d’Dance, Kathleen Rea, Santee Smith, Darcey Callison, Louis Laberge Cote, Kate Alton, Holly Small, William Yong, and the Toronto Dance Theatre, where she was a company dancer for six years.  Johanna has been nominated three times for a Dora Mavor Moore Award.

Why did you choose dance as your career?

I think dance chose me…I’ve tried to stop a few times due to injuries, but I don’t seem to be able to. I love dance. It makes me happy – to do and also to watch.

How did you discover dance in the first place?

I started to take dance classes when I was four for the simple reason that my best friend’s (Yvonne) mom owned a dance studio, so that was our hangout place. We both got accepted to the Royal Swedish Ballet school at the age of 8. During my time at the school my dream was to become a ballerina.

A few years after graduation, and a few years as a contemporary dancer I had to stop dancing for about three to four years due to injury. I had many stress-fractures in my legs and it caused me, for the first time, to really question whether I wanted to continue to purse dance professionally.

Up until that point dance was always at my fingertips, something that had always been a part of my life. When my doctor instructed me to stop dancing, I looked into going back to school, but after much consideration, I decided that only dance would make me happy. Luckily, shortly after I had made that decision, a dance instructor from New York came to Sweden to teach. The way she trained dancers was completely new to me and it allowed me to dance in a way that did not put as much stress on my body…and voila, I healed! 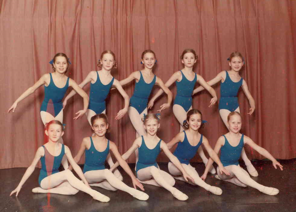 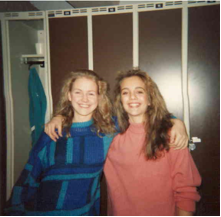 Being born and raised in Sweden, is there anything in particular that you brought over to your career in Canada?

It’s difficult to say. I was extremely influenced by my past rehearsal director, Anna Grip, whom I had met in my second year at Östgötabaletten. She later became the artistic director of the company and also worked for the Cullberg Ballet. I loved everything about her. From her personality, to passion, to her ideas about dance… she would often stay late in the studio working with dancers to help them try out different ideas and approaches. I think one of the main things I learned from her was that the investigation within dance is the interesting part – one step can be done in a million different ways… 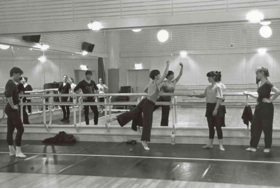 Photo: In class with Anna Grip

Through all your years of success, numerous award nominations, and extensive dance expertise, do you have any tips for emerging artists?

Tips…dancers are all different. Whatever worked for me may not necessarily work for someone else. I believe that if you really want to dance you’ll find a way to do so. I have been fortunate to being able to support myself most of the time as a dancer, but I’ve had to take the odd job from time to time to make ends meet. You do what you have to do to be able to dance.

I looooove to knit and crochette!!! It keeps me sane. Also…I have two wonderful sons, Max 5 and Felix 8, and a husband named Freddy. My family is my everything, and as much as I love dance, being a mom beats it. But why choose… 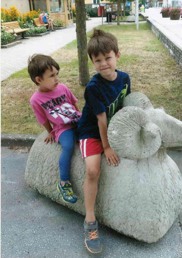