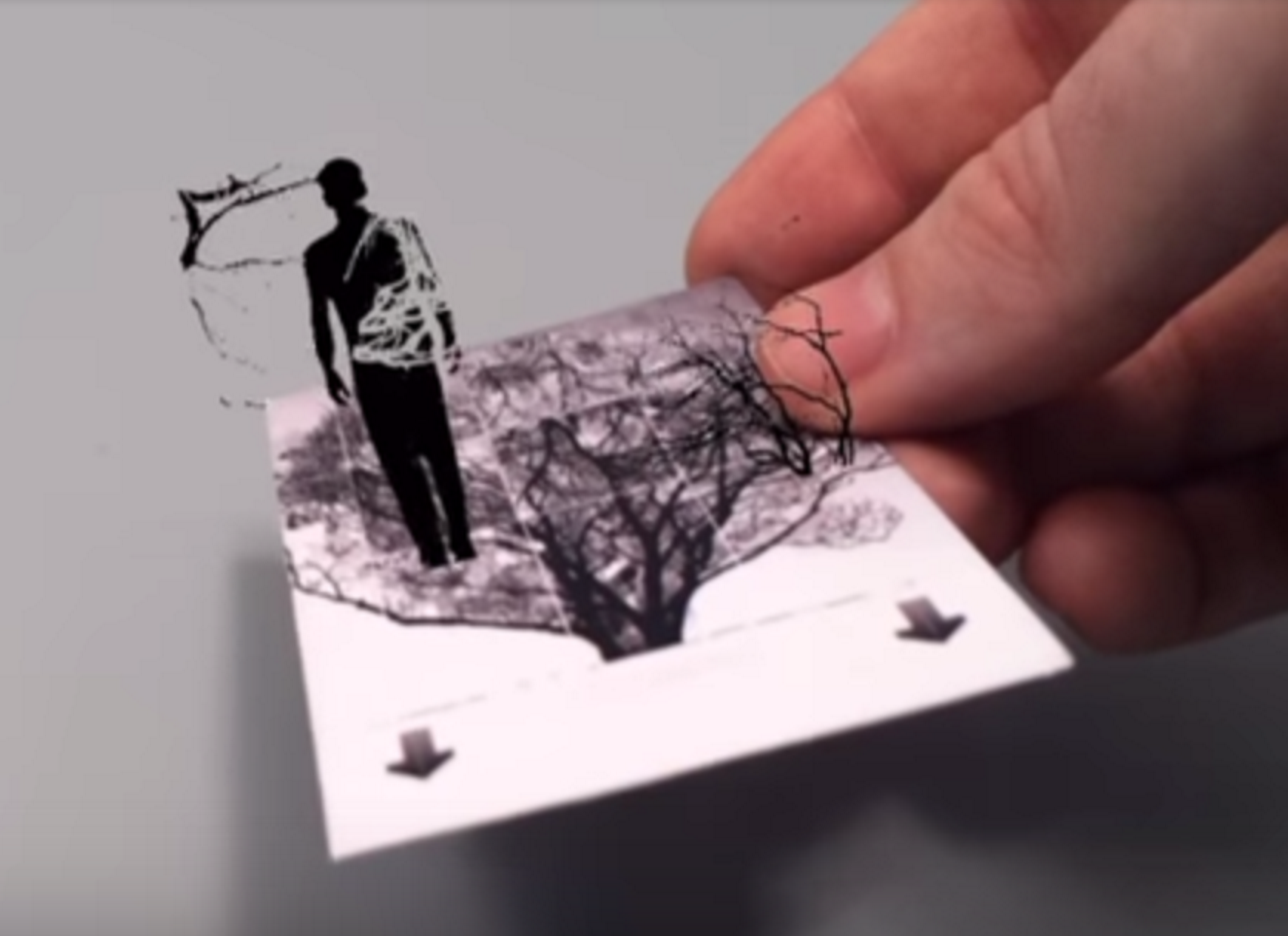 First off, I’d like to say thank you to Yvonne, DUO, and the whole tiger princess dance projects team for giving me this soap-box-of-a-blog to talk about my performance, Ephemeral. We don’t often get a written reflection from dance makers after they’ve created a piece, which I think is a shame, since the community is filled with incredibly intelligent and articulate people. Already, most pieces aren’t performed nearly enough, so I’m all for any strategy that allows a work to continue giving, sharing, and existing after the bows have finished and the lights have been turned off. Thinking about just that, about how beautiful and unfortunate of a quality dance has, of only truly existing while the performance takes place, lead me towards creating Ephemeral (the name also kinda gives that away). Ephemeral was my way of posing the question of whether a digitally recorded piece of dance could have more of that special, impermanent quality that live performance inherently has.

I created the first iteration of Ephemeral for a course called ‘Time Based Media’ at OCAD University, where I’ve been a student for the last two years in the Digital Futures program. We were given the liberty to create a project, of pretty much any description, as long as it was time based, meaning not a static thing, like a painting or a statue. I had just come off working on Jacqueries, a project created by developer and choreographer Jacob Niedzwiecki, where I was introduced to a tech called augmented reality (AR). Jake has the unique ability to integrate technology into his dance works with a mindset that deeply understands both worlds, and I strongly suggest checking him out at http://jacob-n.com/. In Jacqueries, Jake uses AR as a way to digitally enhance a live performer, with audiences viewing the live and digital work together through their phones (I go into a bit more detail about how AR works further down). Given the opportunity of creating something/anything time based, I set out to make a performance that showcased augmented reality in a more stand alone fashion. With a bit of Jake’s at the onset, and after many hours of learning curves, the result was a success, and there came to life my first 2d holographic performance.

I wanted Ephemeral to allow concept and medium to walk hand in hand, with one informing the other. Since the AR, in this case, comes as a visible 2D plane, I knew I wanted to work with silhouettes and shadows. I figured they would provide strong, defined shapes to see around and past, and create an obscuring of the dancer’s identity (which for the record, was also me). Video enables transformations that simply aren’t possible in a live setting, and I wanted to capitalize on that. Deborah Hay speaks of “transcending your choreographed self”, and with video editing, I was able to transcend my physical self as to become a flat shadow (we could get philosophical about how any recorded form may exist inherently as a shadow of the physical thing it captured, but I’ll save that for another blog post). Shadows also have an ephemeral quality, they only exist as long as light and object allow. That dependency is similar to how the app works; AR only comes to life if you have a device loaded with a specific app, and then point the camera of that device at a physical anchor (often an image) to which that app attaches a video out in the world (when you see it, it makes sense). You need the two things, the app and the image, for the performance to manifest.

The dance itself is where I wish I could have hashed out some ideas further, but likely, I would have never been completely satisfied with it. Working with the concept of capturing/recording qualities of live performance, I decided that I should improvise the piece as a whole, in one take. That means, other than transforming myself into a silhouette, I did no video editing to the actual footage in terms of splicing things together or changing any speeds. I did all the filming by myself in the downstairs studio at CLC. I had just come from Vistek, where I rented all the gear, and where they told me if I could get it all back to them in 3 hours I could have half off the whole deal. I couldn’t pass that up, so I preceded to install green screen, fix the lighting, and google how to work the camera I had just rented, as quickly as I could. My good friends at ev ree wuhn (http://evreewuhn.com) had agreed to let me use their music –– a haunting track called “Found You” that feels as though it’s constantly evaporating through your fingers –– so I put their stuff on and danced my way through the entirety of the song. I did this exactly twice before running out of time and having to pack up and get stuff back to Vistek. So it goes.

Although I didn’t edit my dance footage, I did bring other elements into the video composition, mainly images of tree branches and rain/particles falling down. I liked the idea of them encroaching in on the space and framing the dance differently. Some parts are also just to show what AR can do with transparency; as an example, at one point transparent rain falls through the figure, creating “see through” holes. Whether people pick up on all that, I’m not sure, but that’s just part of it, and I sort of loved the idea that so much can go wrong in the whole process of this project. A new technology that people will likely not know how to use, or do and push it to the point where it stops working, so I included some aspects of it going “wrong”. I did this by making the figure disappear at times, or flash in and out. I did all this with After Effects, a video editing software, and I was prone to the trap that many designers face, where the better I got with a program the more I wanted to change. Then I saw a quote circulating around facebook that said: “Don’t be afraid to grow up in public”. That made a lot of sense to me, so with all its blemishes, mostly as a result of my many learning curves, I stopped fussing over key frames and posted the project to the app store.

In many ways the project had to have aspects which suffered, in order to allow me the most opportunity to learn. I’ve accepted that and not let it hinder, but rather push forward. I hope other people see the work and start thinking of new ways this kind of tech can be used, or how dance can, not only exist, but thrive in mediated forms. Nothing will ever replace live theatre, but we can’t ignore the opportunities current technologies allow us. 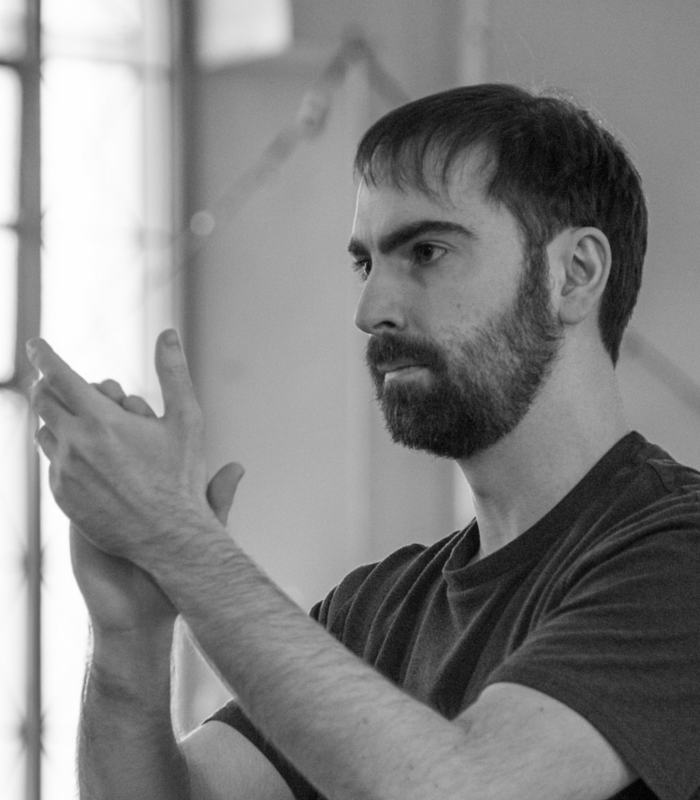 Artistic Director, Yvonne Ng has been choreographic a dance piece in collaboration with 4th year…