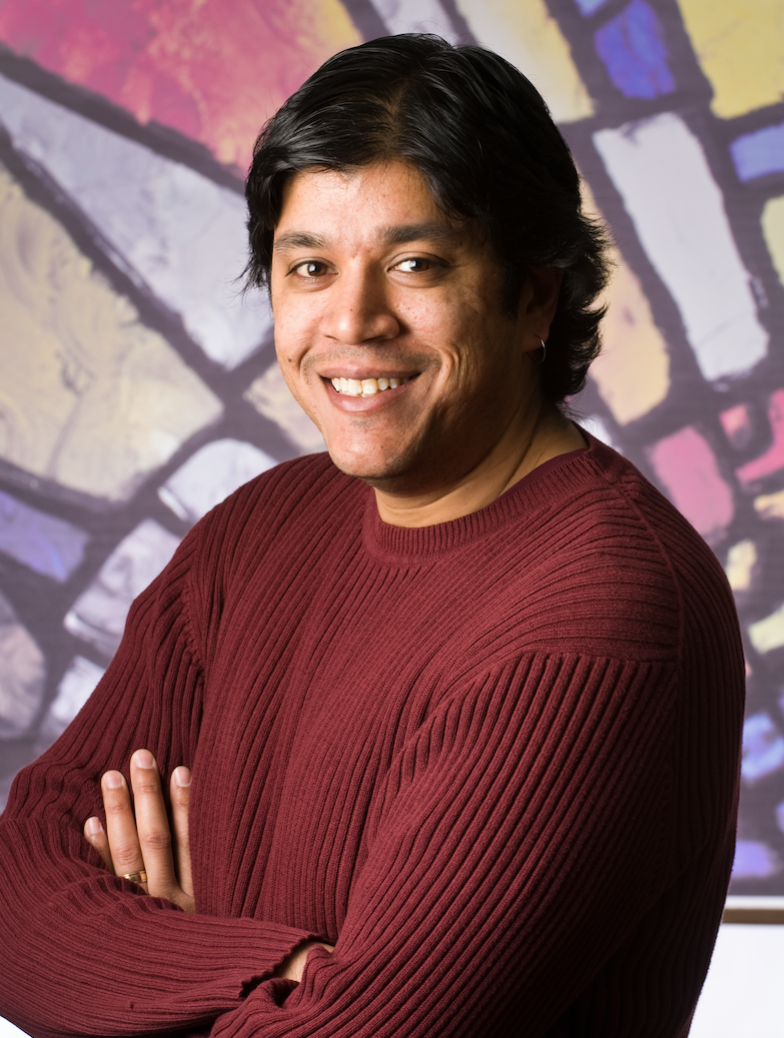 We are thrilled to have Arun Srinivasan work with us yet again this season! Arun is a lighting designer for dance, theatre, music and special events. Being a seasoned, multifaceted designer, Arun has worked with a vast array of artists, and companies across North America, Ukraine, Malaysia, and Singapore. Arun was the lighting designer for d:mic/fac 2015, and is currently working with Yvonne Ng on upcoming tiger princess dance project works.

Why did you choose to go into lighting?
This one is funny. It started at the age of 15. I was at a high school assembly. The room went dark and then the stage lights and follow spots came on. I had never seen this before really…The following year they called for interested students to come to a meeting for the Sound & Light club and it hit me, “That’s who controls those lights”, so I joined. An alumni of our Sound & Light club was working on Phantom Of The Opera. He gave us a special backstage tour, showed and explained all the special effects and then we saw them in action…I was hooked after that.

Is there anyone in particular that you looked up to when becoming a designer?
I had a mentor with whom I connected with shortly after graduating. He designed for dance, special events, and then later for tv. I used to assist him…it was great, as I learned skills for designing lights for several different areas. He sent me on my first dance tour, and I learned a LOT touring with him.

What inspires you?
It’s often the moments I experience with the different teams I work with, and productions I’m involved in.

What makes you smile?
I absolutely love dogs, traveling, and goofing off with my little ones – it keeps me young!

We’ve heard you also play the drums – how long have you been playing for now?”
Ha ha! Who leaked?! Love drums. I started playing a kit when I was 9 or 10, and played in my sister’s band with her friends. We played David Bowie, Rush, etc… Now I tinker with an electronic drum kit, and am also learning a middle eastern hand drum.

Check out little Arun rocking out… 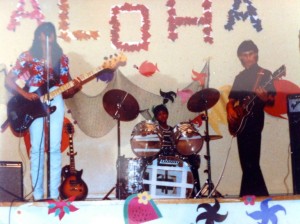 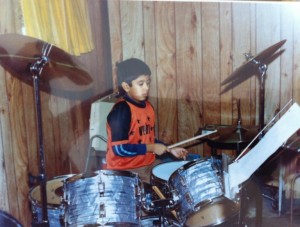 …and here’s Arun with his electronic drum kit now. 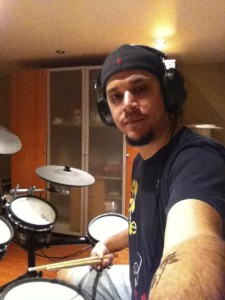 We heard were in charge of the lighting design for a student written musical at York University, where you also played the drums for the musical’s live band?
It was kind of funny playing on stage during dress rehearsals, and then running back out to the audience to check the lighting during scenes with no music.

We would have definitely liked to see that in action. Keep rockin’ on Arun!